Halsey released her highly-anticipated second studio album earlier this month which has fast become a contender for the soundtrack of the summer – these are just some of the highlights we’ve had on repeat. 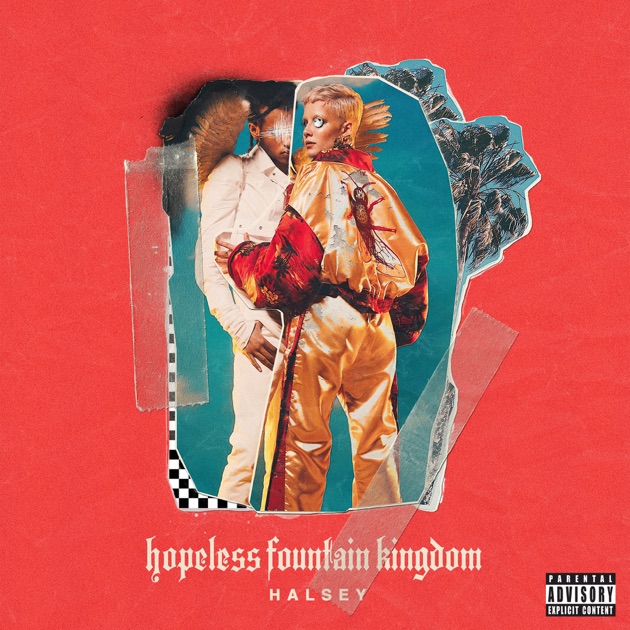 The stars of the pop universe aligned and gave us Friday 2nd June. Dua Lipa released her long-awaited debut album DL1 and Halsey graced us with the much anticipated hopeless fountain kingdom. The first track from her second studio album ‘Now or Never’, set the stage for the ambitious, highly-stylised project, accompanied by a stunning Baz Luhrmann Romeo + Juliet inspired video. But this is no ‘one hit wonder’ pop album. If for some unknown reason you haven’t had a chance to indulge in the sonic delight, here are a selection of highlights that are well worth a listen.

All that glitters is not gold according to track two. Halsey looks back at an unhealthy, abusive relationship, tracing the various stages of regret and loneliness in an honest and heart-rending way. A real highlight of the album, the opener remains true to its larger concept, but is also the type of confident pop song that any self-respecting sophomore album should open with.

Following closely behind is a strikingly poetic (with lines like ‘crimson headache, aching blush’ it’s hard not to be) take on desire. Subtle and darkly romantic – always alluding but never explicit – this is a song that’s almost operatic in its build and sensual chorus. A beautiful track about female sexuality and sexual agency that takes full advantage of the singer’s raw vocal.

The one true ballad of the album is a real standout. Whereas earlier tracks offer brief and stylised glimpses of Halsey’s vulnerability, this is her at her most achingly fragile. In a stripped back track, the singer earnestly apologises to those who have been hurt by her own insecurities and fears – ‘I’m sorry to my unknown lover, sorry that I can’t believe, that anybody ever really starts to fall in love with me’.

Critics often place Halsey on the fine line between ambitious and too theatrical, her style overreaching her substance. ‘Lie’ is a heavily-produced grand affair but in its compact run time and in an album with a dramatic Shakespearean edge, it works. It is one of a series of shorter tracks found on the album, featuring Migos-member Quavo (not his best but he must be earning a record somewhere for the most features of the year).

‘Don’t Play’ intends to be anthemic. It is a vibe. After a series of tracks in which the songstress lays bare all the isolation, desperation and heartbreak that come from bad relationships, poor choices and the general uncertainty of youth, she comes back with confidence. This is an unapologetic pop song about a young woman feeling herself.

This synth-pop infused track documents Halsey’s doomed unrequited love for a mysterious woman that satisfies her need to be wanted but isn’t interested in anything more. Featuring Lauren Jauregui from Fifth Harmony, the two women’s voices blend and merge, sometimes in unison, at others feeding off one another line by line to create a trippy, subjective, and sensual track.