So you missed out on those dream tickets to your dream festival – it’s ok. Debut has you covered on what went down and whose set you should go catch up on now.

Not showering for five days. The queues for a drink that you can’t afford. Standing for 10 hours behind an 8ft tall man with his girlfriend on his shoulders, only to discover you need to pee before the headliner comes on. Sleeping in a tent. There are a number of reasons to steer clear of festivals and just enjoy them from the comfort of your own home.

Just kidding, we would all sell a couple of minor organs for those glorious weekend passes to Glastonbury. However, if you found yourself at no. 104,981 in the ticket queue and never got through, or just didn’t have the funds, you can still catch up on the highlights of the weekend with us here at Debut.

The crowds had come out for Jeremy Corbyn. On more than one occasion you could hear his name chanted to the oh-so diverse ‘Seven National Army’ tune. But people did manage to stick around for the headliners. Who came out on top? Foo Fighters.

Radiohead delivered what began as a mixed performance, but the set only got tighter as it went on, and when they cracked out the hits (looking at you ‘Karma Police’ and ‘Creep’) the crowd was fully on board. Ed Sheeran’s set was impressive. A solo performer with a guitar, loop pedal, and some vibrant graphics and he managed to hold that stage like it was his own. But it the Foo Fighters came for a SHOW. They were forced to pull out of a headline slot two years ago after frontman Dave Grohl sustained an injury. Late but worth the wait – they gave a shoutout to Florence + the Machine (who stepped up and filled their slot), broke the Glastonbury record for swearing, and performed with enough passion to keep tens of thousands of people hanging on their every chorus. The singalong to ‘Best of You’ was incredible and even left the band’s very vocal frontman dumbstruck.

Nostalgia always plays a vital role in Glastonbury and this year was no different. Liam Gallagher gave us a surprisingly tight and well-delivered set that reminded us of the ‘rock n roll’ Glastonbury of days gone by. Sleaford Mods also got the ‘old-school-riotous-romantic’ memo on how do deliver at a festival. Kate Tempest captivated the crowd with an intense and powerful set. The Killers dropped by for a surprise performance. And although they’re nearly five albums deep, Hot Fuss will always be a stunning debut and a tent full of people screaming ‘Mr. Brightside’ will never get old. But, the surprise big-hitter of the weekend was Craig David – he came out with some of his old bangers, some new bangers, and covers of other people’s bangers, and it was glorious! 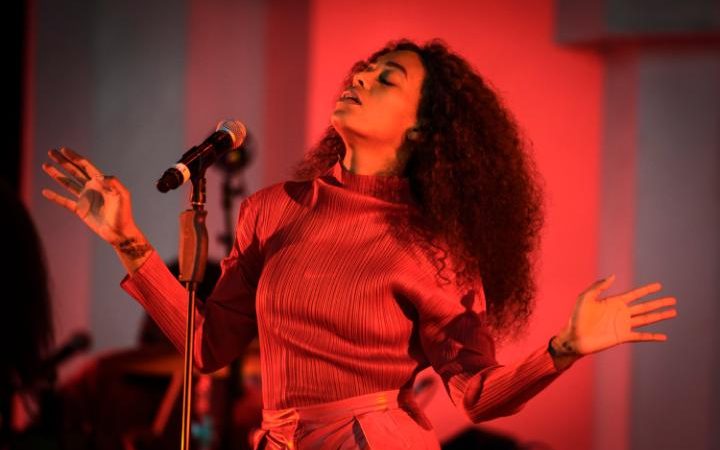 But, there was plenty of room for the current biggest and brightest. Stormzy was triumphant. He beamed down on a crowd of more than 20,000; gave a shoutout to his mum; started what seemed like the biggest moshpit in Glastonbury history; and gave a sincere and impassioned tribute to the victims of Grenfell. The XX proved that their signature hypnotic sound is worthy of a slot on the main stage and they continue to mark themselves out as fiercely talented live performers. (Queen) Solange, who has already graced us with a remarkable album recently, brought her unique brand of artistry and theatricality to the West Holts Stage. And if you wanted your final night to be a bit more urgent and electric, than BBK had you covered. They performed with the kind of confidence that reminds us that the festival’s rock n roll spirit is still there, it’s just been updated a little bit.