This week, #DebutDoll Lydia – who is an expat living in Saudi Arabia – tells us what it feels like to live in a country where there is a law forbidding your gender from driving. 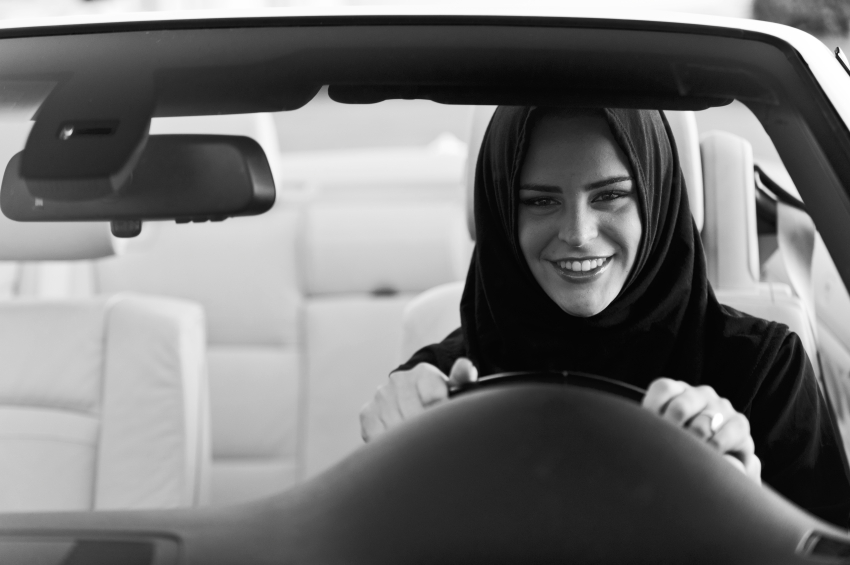 In Saudi Arabia women are unable to drive. There is no written law against female drivers, however they are not issued licences so the outcome is the same. Saudi religious authorities also consider driving for women to be “haram” (forbidden). There are number of reasons given for this – these included female drivers leading to increased mixing of genders and a woman needing to uncover her face to drive safely. Women driving in rural areas are sometimes tolerated as it considered necessary for family life in hard-to-access areas and it would be difficult to police anyway.

Many women around the world choose not to drive or own cars, for a variety of reasons; cost, environmental, public transport availability. Whilst women everywhere understand the unfairness of the ban, they don’t always understand quite how tricky being unable to drive in Saudi is. There are little or no public transport options in the country. Even major cities have limited bus routes or other options and those that do exist are mostly male-only, as the genders mixing would not be accepted. It is also almost impossible to walk between destinations as there are very few pavements, road are dangerous and for much of the year it is too hot to walk far. Even using a bicycle is off limits, for same reasons as walking, with the added risk of trying to ride in an Abaya. The only option is to use taxis or drivers; Uber has recently arrived as well. These can obviously become expensive and requires all women to trust a male driver. It also means constantly waiting after appointments, work, shopping, everything. This is frustrating and can put women into vulnerable situations.

It has looked like the country will be making it possible for some women to drive in the near future and many are hopeful that this will come about. Several lead political figures have spoken out about trying to overturn the ban. Prince Faisal Bin Abdullah recently said on a talk show that “the ban on women driving has been imposed on us, and women in the past used to lead their own camels. Women need to be empowered because they represent more than half of the society and they are highly dependable.” There are several fierce female activists working to raise awareness and push the government to make changes. Among them is Loujain al-Hathloul (@loujainhalthloul) who was arrested for the second time on 4th June 2017; her first arrest was in 2014 for flouting the driving ban. The plan for change does face strong opposition from more conservative voices in the country.

The country recently relaxed it’s “guardianship” laws, which required a woman to have permission from her father/husband/brother to travel, study or work. Saudi Arabia is full of strong, well-educated, amazing women and hopefully this positive step signals more to come soon.

Debut Dolls Around The World